(i) To supply raw materials to other parts of the country e.g East African railway.

(vi) For the purpose of administration.

(i)Deliberate effort should be made towards the expansion of the Raul network ,inorder to generate growth in the economy. Effort should be geared towards improvement of the efficiency of the rail network

(ii) Government should make capital available to railway authorities to enhance efficiency. Training and retraining of personnel should be undertaken from time to time

(iv)Adoption of standard gauges is very important , so as to enhance operational efficiency.Also There should be Faster engines and coaches to facilitate east and quick movement.

(v)There should be embarkment to check steep gradients, uniform gauges should be adopted, double tracks should be constructed and There should also be improved communication system.

Urbanization refers to the population shift from rural to urban areas, the corresponding decrease in the proportion of people living in rural areas, and the ways in which societies adapt to this change. WHILE Population density is a measurement of population per unit area, or exceptionally unit volume; it is a quantity of type number density. It is frequently applied to living organisms, most of the time to humans. It is a key geographical term.

(ii) Inadequate infrastructures: One major serious aspect of the urban problem is the poor state of the infrastructures. Some developing countries are still faced with bad road network, lack of power supply, inadequate water supply and some basic amenities.

(iii) Lack of affordable housing: This has led to confrontations with well organized squatters, who take over unoccupied buildings to live rent- free or prevent demolitions. Which has brought about, lack of housing vacancy rate, due to the rapid job growth and housing costs that has increased.

(i) Building Sustainable and Environmentally-friendly Cities: Governments should pass laws that plan and provide environmentally sound cities and smart growth techniques, considering that people should not reside in unsafe and polluted areas.

(iii) Creation of More Jobs: To lessen the negative effects of rapid urbanization while at the same time conserving natural ecosystems, private investments should be encouraged so as to utilize natural resources and create more job opportunities.

(v) Prices of products are negotiable as it uses simple tools

(i) The Local Craft industries are often affected by lack of raw materials which hinders the production.

(ii) Poor patronage from the indigenes as a result of poor finishing and low purchasing power.

(iii) Lack of modern equipment to reduce the physical human labour in order to increase production.

(iv) Problem of transportation to bring the finished products from where that are produced in the interior to the markets in the urban centers.

(iii)Colonial ties: The inclination of some developing countries to their colonial masters has helped to increase the volume of trade between the nations.

(vi)Preference for imported goods: Developing countries like Nigeria has preference for goods produced by advanced countries; hence, the high volume of trades

(i) Root and tuber crops

(i)It is very common in rural areas with abundant farmlands.

(iii) Food crops like yam, cassava and maize are grown.

(iv)Farmlands are left to fallow after one or two years of cultivation.

(v) A farmer returns to the farmland after a fallow period of 2-5 years.

(vi) It uses slash or burn method for land preparations.

(vii) It does not involve the cultivation of cash crops like cocoa, rubber and oil palm.

(viii)Bush fallowing is practised where population is very low.

(ix) Produce is usually very low and there is little or none for sale.

(ii) It leads to land fragmentation due to increase in population

(iii)It allows for cultivation of only one seasonal crops like maize,rice and millet

(iv) It does not lead to mechanisation of farms i.e it does not allow for large scale mechanised farming

(vi)It leads to soil erosion when soil is exhausted and it destroys valuable forest resources like timber. 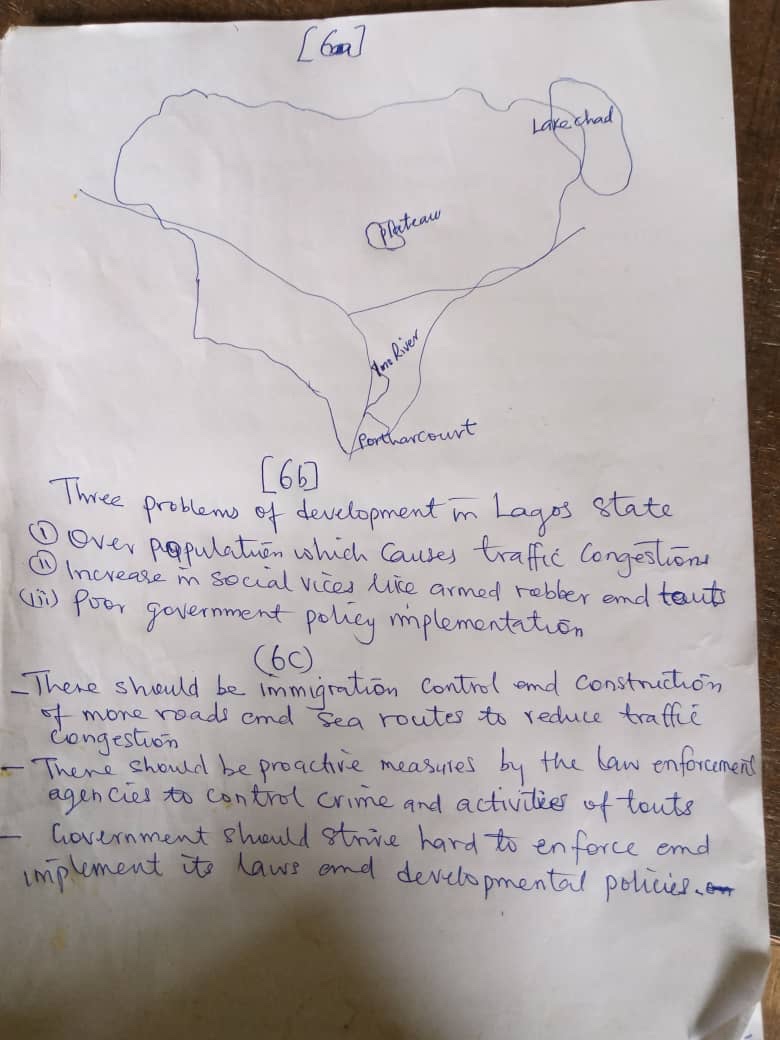